When alternating current or the sinusoidal voltage is applied across the inductor then the current flows differently as compare to DC battery voltage application. The effect of a sinusoidal voltage produces the phase change between voltage and the current. Further, in alternating current circuits the resistance to the flow of electrical current not only depends upon the inductance but also on the operating frequency. This kind of opposition to the flow of current the circuit is called as impedance. However, the resistance is the main component in DC circuits and the resistive component involved in AC circuit is called as the reactance. 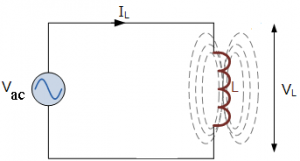 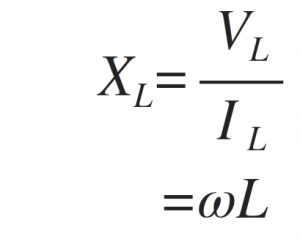 Where Æ’ is the Frequency,

L is the Inductance of the Coil and 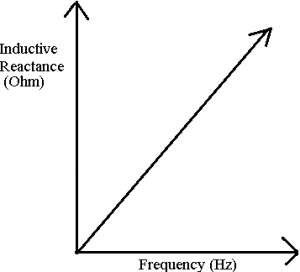 Thus, from above figure we can conclude that, inductive reactance is directly prpotional to the operating frequency of the AC supply voltage.