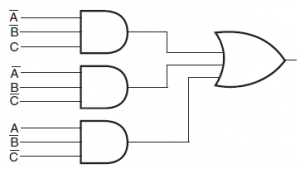 Figure below shows the logic diagram of a programmable logic device. The device has an array of AND gates at the input and a OR gate at the output. Here, the AND gate handles three variables which produces product term of three variables. The A, B and C inputs of AND gates are fusible links called antifuses. Hence, each AND gate produce the product term of A, B and C inputs. 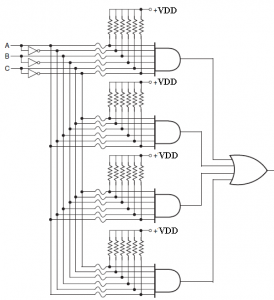